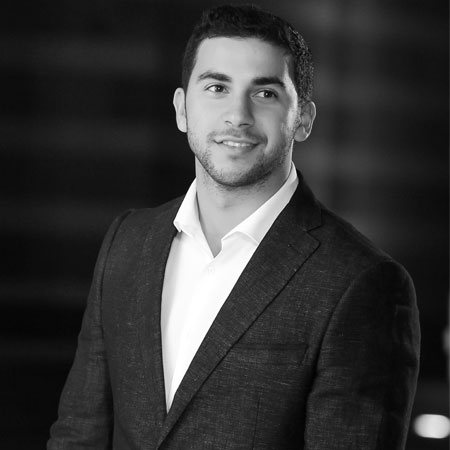 While he was living in London in his final year he had to choose a product or service to do his final graduation project on, which was a full business study of how to take a local business and expand it into foreign markets successfully through all the external barriers. He had come across the idea of reusing (Up-cycling) used shipping containers into homes, restaurants, offices, etc.. Then he went to visit a place outside of London called container city, where it’s a whole residential and retail area built out of containers, and that’s when he asked himself “why don’t we have this in Egypt?”

A year Later Karim moved back to Egypt after graduation and joined the family business to gain experience and knowledge, which gave him a better understanding on how to run a business until he was ready to start his own endeavor “Qubix”. He had it all planned out for a year with a huge vision on how he can revolutionize the method of traditional construction with the benefits of prefabrication. So he partnered up with one of his oldest friends and started this journey together, a week later they had a 20ft container in his backyard with no idea where to start.

Today the business has been running for just over a year, They have a production facility of 1600 m2. They can design and produce up to 20 turn key tailored containers a month. They have over 40 employees within the company, and a very diverse client portfolio in terms of industries.

Karim also has another company called JR, which is in the Food & Beverage industry, and they are opening a restaurant very soon called IVY, which is a fine dining restaurant in Sheikh Zayed with a management and chef team from London.